The plot is located in a rural area in the NW part of the isle of Lefkada. The building area is divided in two parts with quite different topography, where the land slopes away into a trough and unlinks the two areas. The first part is characterized by rich vegetation and a steeply sloped terraced plane, while the second part has poor vegetation and smoother landscape.

The starting point for the design is to create a building complex with the minimum impact on the nature. The interchange of building mass and void based on the density and location of the trees outlines the main axis of the synthesis.

The division of the building volume, the permeability, the choice of natural building materials such as wood and stone, the use of the element of water and the variant of open-air spaces constitute fundamental tools in the design of the complex. 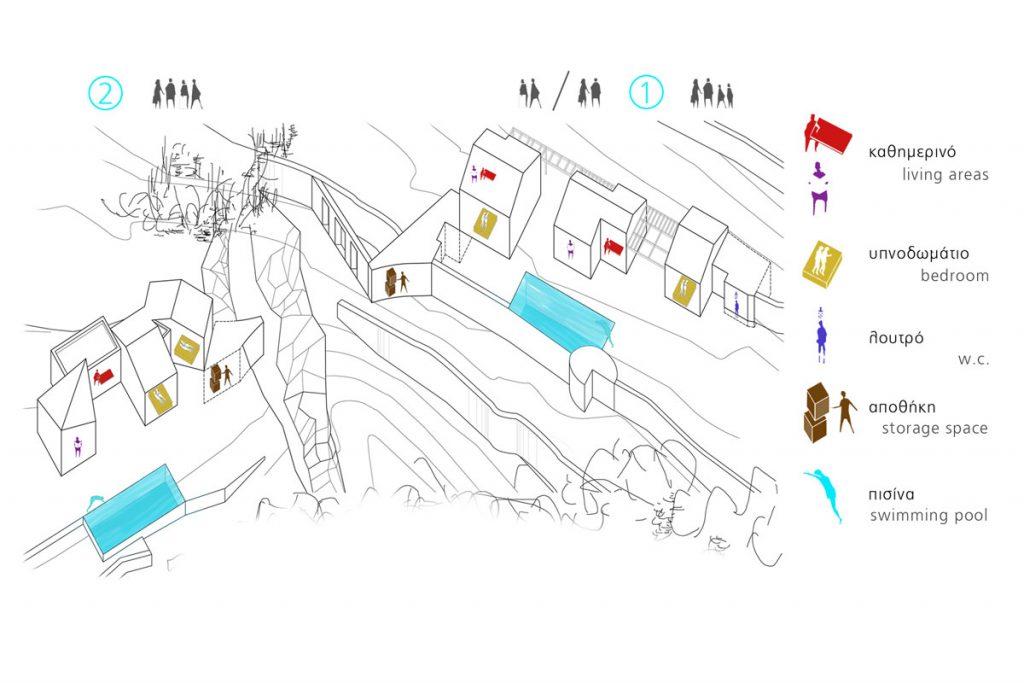 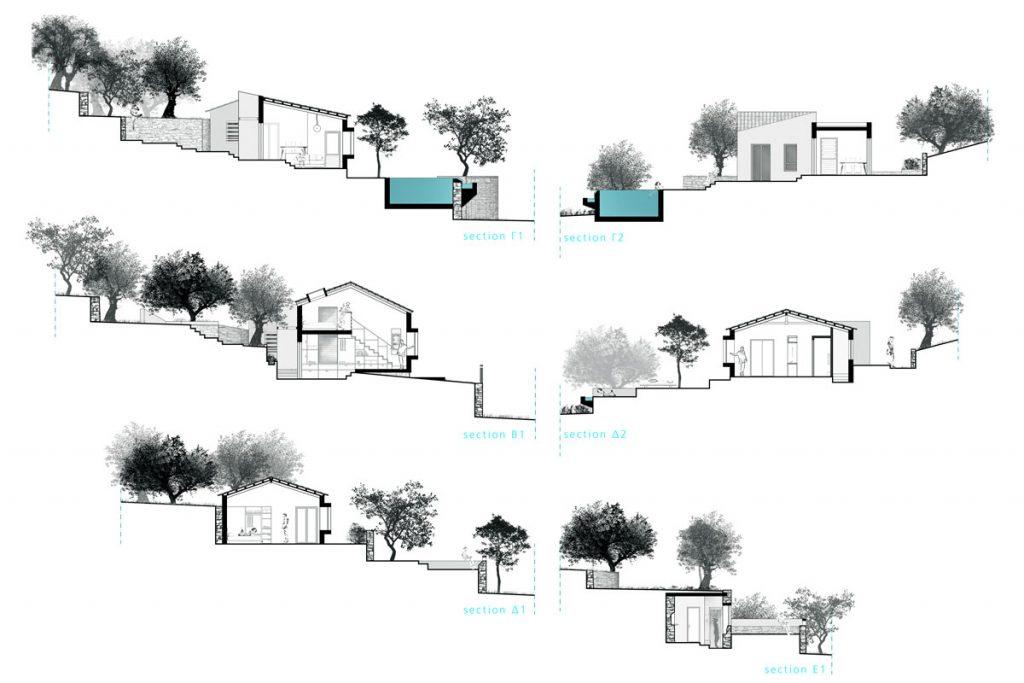 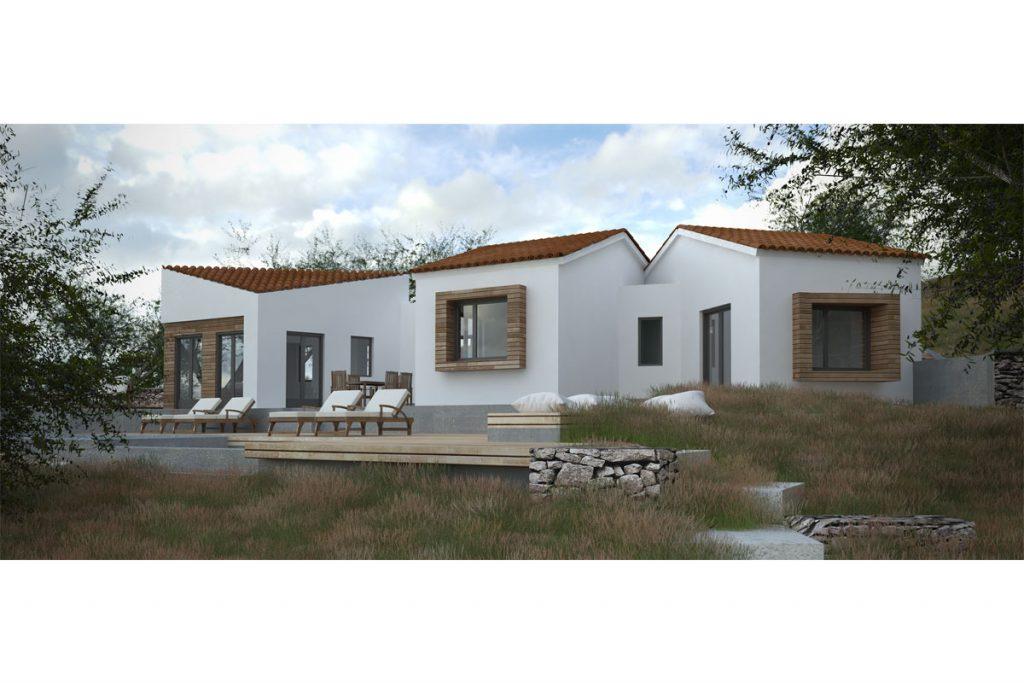